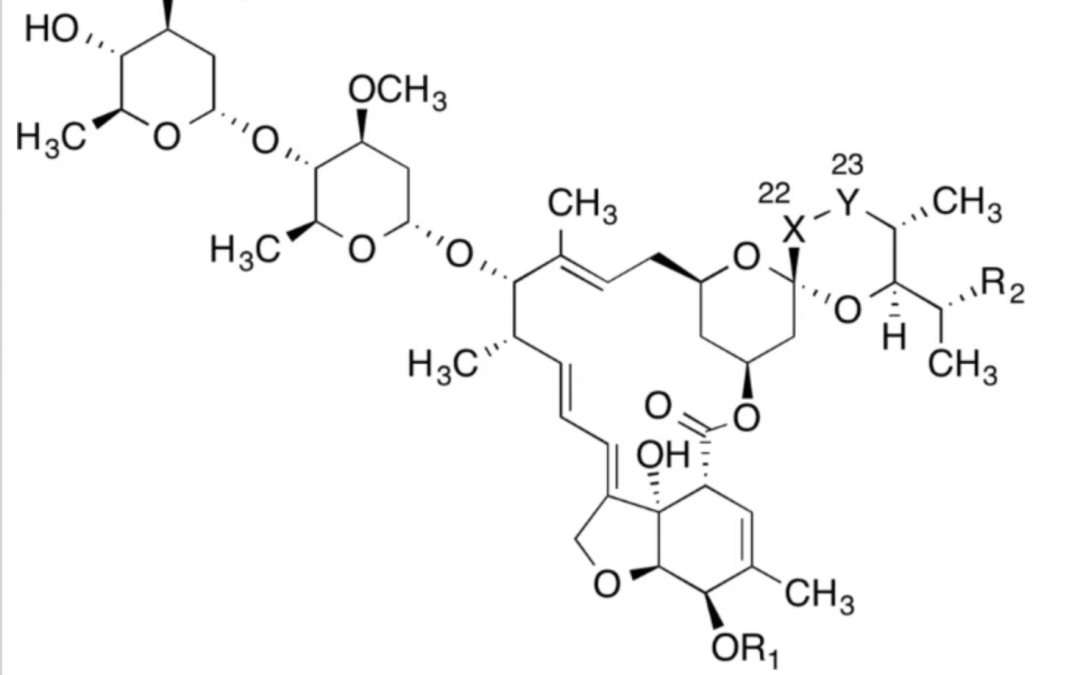 OK, now that the essential links are sent, here is a bit more information about ivermectin.

Ivermectin is a natural molecule, made by a bacteria called Streptomyces. It was discovered by a Japanese scientist in 1975. Evidently, this bacteria doesn’t like parasites (worms) and ivermectin is a powerful agent against parasites. It has been used all over the world (over 3 billion doses!) to kill the worms that cause ‘River Blindness’ in Africa etc. It lead to such a reduction in blindness that its discoverer got the Nobel Prize in 2017.
The streptomyces bacteria also does not seem to like viruses either, and Dr Pierre Kory and his group found that ivermectin acts strongly against the SARS-CoV2 virus that causes Covid19 illness. It covers the viruses ‘spike’ protein, so the virus cannot attach to our lung and blood vessel cells. If the virus still manages to get into our cells, ivermectin blocks it (in two ways) from getting into our cell’s nucleus, so it cannot replicate. Ivermectin also acts as an ‘IONOPHORE’, making a channel in the virus’ membrane so that ZINC can enter; zinc kills the virus! By the way, quercitin and hydroxychloroquine also help via this mechanism.

Ivermectin has been used as a ‘dewormer’ for horses and dogs; it is used to treat and prevent liver fluke in cows. It is used for scabies and lice in children.

In that the terrible deaths from SARS-CoV2 virus seem to be from an overwhelming response of our own immune system (you may have heard this called an ‘inflammatory cascade’ or ‘cytokine storm’) , ivermectin also acts as an anti-inflammatory agent to slow down the avalanche of potential damage from the immune system.